Lawsuits allege Round Up causes cancer

Over 43,000 lawsuits have been filed throughout the United States against Round Up manufacturer, Bayer AG (Bayer).  The cases allege that Monsanto, which was 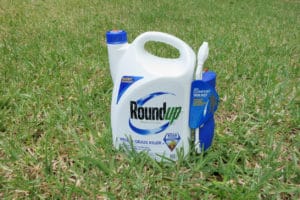 purchased by Bayer AG in 2018, knew, or should have known, that the product, which has been in widespread use since the 1970’s, was defective and dangerous and that it has engaged in deceptive marketing practices to build and maintain sales of the multi-billion dollar product.  The cases allege that Round Up with its active ingredient Glyphosate causes a form of cancer called Non-Hodgkin’s Lymphoma (NHL).

Three jury trials have taken place so far in both state and federal courts and have found in favor of the plaintiffs and awarded huge punitive damage awards.  The first trial concluded in in August 2018 found in favor of the plaintiffs and awarded $289 million. This verdict was later reduced to $78 million. The second trial concluded in March 2019 with the jury awarding $80 million to the plaintiff.  This verdict was reduced by the judge to $28 million. The third trial took place in May 2019, with the jury awarding an astounding $2 billion in punitive damages to the plaintiff. The trial judge reduced this damage award to $78 million. In all three cases, Bayer has appealed the verdicts and is asking that the awards be overturned.  The appeals are in process at this time and have been decided.

Worldwide concern about Round Up

In addition to lawsuits in the U.S., cities, counties, and countries around the world are taking action to either severely curtail or outright ban used of the product within their borders.  The Netherlands, France and Germany have announced bans of glyphosate products to take effect by 2023. Other European countries including Austria are moving to ban use of the product. Thailand and Sri Lanka have both banned the product within those countries.

Ongoing Legal Action in the U.S.

Cases against Monsanto/Bayer continue in the U.S. in both the federal and state court systems.  At the federal level, over 2,500 cases have been consolidated into a Multi-District Litigation (MDL).  One case has already settled at the federal level with several more bellwether cases scheduled to take place within the coming year.  The next federal level lawsuit is scheduled begin in February 2020.

The federal judge overseeing the MDL, Hon. Vincent Chhabria, has ordered parties into mediation, which has been moving “slowly but steadily” according the federal mediator, Ken Feinberg.  If it appears that mediation may produce a settlement, the federal cases may be settled through that process, however, cases in state courts will continue to trial. At the state level, where the bulk of the cases have been filed, cases are moving towards trial and it is expected that waves of cases will begin in January, and many will be decided during the remainder of the year.

The International Agency for Research on Cancer (IARC) a division of the United Nations’ World Health Organization (WHO) declared glyphosate to be a “probable human carcinogen” in 2015.   This is their second highest classification with “Known Carcinogen” being the highest. The IARC’s finding in 2015 led to much of the regulatory actions being taken around the world.

The U.S. Environmental Protection Agency (EPA) has not changed their finding from the 1970’s that glyphosate is safe to use.  Monsanto/Bayer continues to maintain that the product is safe and poses no threat to the environment.

2020 may be a watershed year for Round Up litigation.  To date, juries have found for the injured parties, and have supported the claims of the lawsuits that NHL was indeed caused by Round Up use, and has awarded huge sums to the aggrieved parties.  If you have used Round Up or any other Glyphosate product in either an agricultural or personal environment and have later been diagnosed with Non-Hodgkin’s Lymphoma, you may be entitled to both compensatory and punitive damages for your claim.  Call the Richard Harris Law Firm today to discuss your potential case at (702) 444-4444.