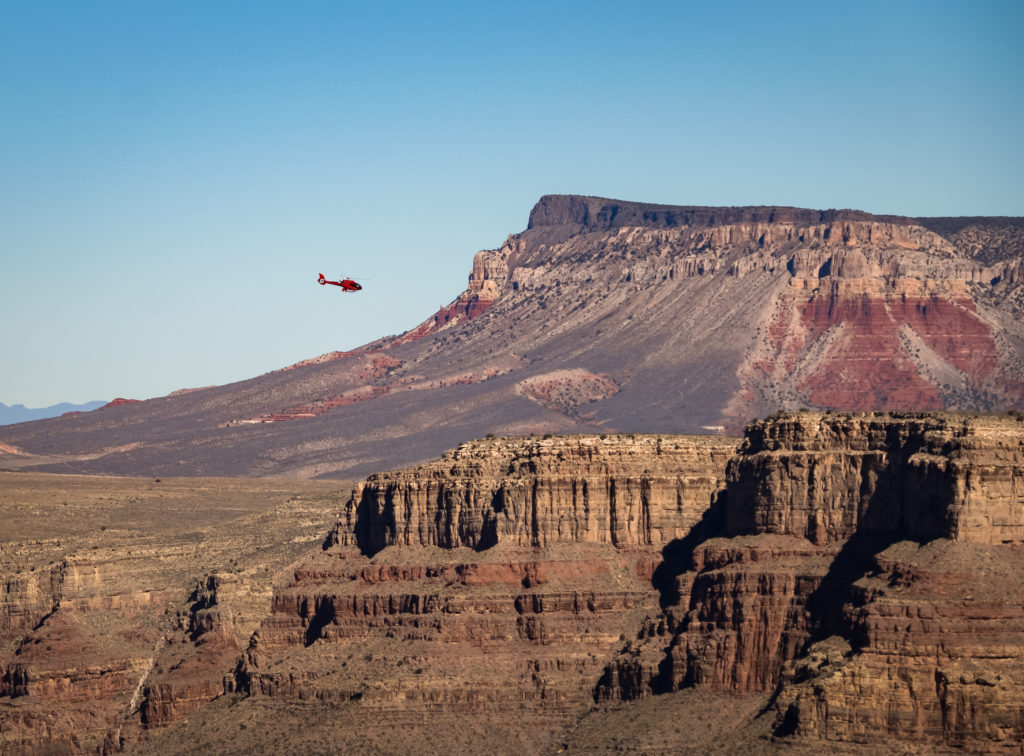 A tour helicopter operated by Papillon Grand Canyon Tours, carrying seven, including the pilot, crashed as it attempted a landing near the west rim of the Grand Canyon on February 10, 2018. Three of the tourist occupants were killed at the scene. Four, including the pilot, survived the crash and were transported to UMC where they were classified in critical condition. Since then, two of the four survivors died, leaving only the pilot and one other passenger as the survivors.

The six passengers were British tourists, two of whom were celebrating their honeymoon with four friends. It is believed that the helicopter, an Airbus Eurocopter EC130, was having tail rotor problems at the time of the crash. Witnesses related the chopper made two 360-degree spins as it descended. High winds were thought to be a contributing factor to the crash.

When a tragic event such as this occurs, our hearts go out to the victims and their surviving families during this time of mourning.

Investigation of the Crash Event

The National Transportation Safety Board (NTSB) will lead the investigation into the cause of the crash, and final results are not expected for nine months to a year. An official cause of the crash has not been established as of this writing.

Since 1994, the Federal Aviation Administration (FAA) has required new helicopter model certifications to require helicopters manufactured under that certificate to come equipped with a crash-resistant fuel system, however, this model of helicopter is covered by a certificate issued in 1977 and was not equipped with the safer fuel system. While the crash resistant system doesn’t guarantee an after-crash fire won’t occur, it may provide a window of escape for survivors.

Many questions remain regarding this tragic event. Liability will likely not be definitively established until after the NTSB report is completed.

Certainly, the operator of the aircraft will come under close scrutiny. Was the pilot experienced enough to operate this aircraft under the existing conditions? Should this aircraft have been operated under existing weather conditions? Was the aircraft inspected according to manufacturer and FAA requirements? Were manufacturer maintenance schedules followed? Was the tail rotor operating in a faulty way contributing to the crash? Was a tail rotor problem noted in the maintenance logs for this aircraft?

Additionally, the manufacturer of the aircraft may have liability if it can be shown that a contributing factor to the crash involved a known issue that may or may not have been covered in manufacturer safety notices or recalls to the operator. Was there a manufacturer recall in place that may have prevented the behavior experienced by this aircraft that contributed to the crash? Have other aircrafts of this model type experienced similar problems under similar weather conditions, and was such behavior documented and disseminated to operators of the aircraft? Were any parts of the aircraft defective?

Once the NTSB report is issued, litigation will answer these and many other legal questions in order to establish the potential liability of the operator, any subcontractors, and the manufacturer of the aircraft, or manufacturers of parts for the aircraft. It is a complex and time-consuming process and requires the skills of a well-trained and experienced attorney who will doggedly advocate for the rights of the victims in order to obtain a just settlement.