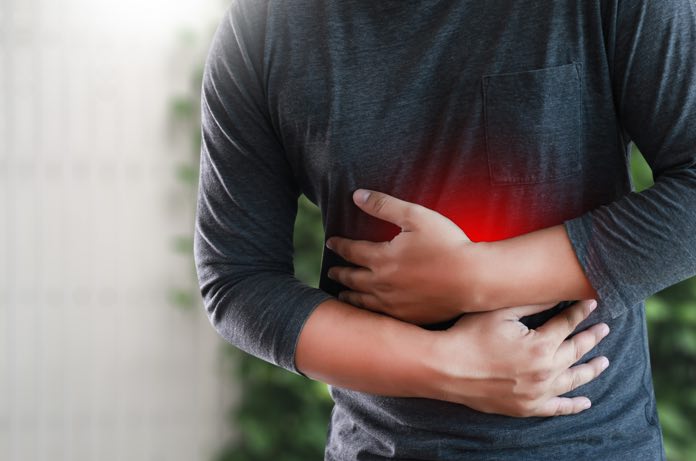 Life is stressful, and in many cases, that stress shows up in our stomachs in the form of heartburn and other stomach distress. That’s ok, because we can just go to the corner drugstore and pick up some medication for the acidic stomach. Our society has been doing it for years since the advent of antacids, such as TUMS® and Rolaids®, among others. These medications neutralized stomach acid and could be taken frequently, with many users taking multiple tablets until the heartburn subsided with little effect on overall health.

In particular, overuse of Nexium®, Prilosec, and Prevacid® has led to serious and sometimes fatal side effects due to the effects they have on other body systems. These drugs have been linked to higher risks for decrease in bone density, dementia, kidney disease, and heart attacks.

While these medications in prescription and over-the-counter (OTC) strengths are some of the top-selling meds in the U.S. with annual profits of $14 billion, there has been little effort by the manufacturers to explain to users that the drugs must be used as little as possible and discontinued at the earliest time that symptoms subside.

Why are these drugs different?

Nexium, Prilosec, and Prevacid are part of a class of drugs called Proton Pump Inhibitors (PPI). PPIs work by diminishing the amount of acid generated by glands inside the stomach.

A recent Stanford University and Houston Methodist Hospital study found that not only do PPIs stop stomach acid pumps from creating acid, but they actually stop all cells in the body from creating acid, which hampers the body’s ability to rid itself of damaged proteins. Researchers believe this explains many of the complications that result from PPI overuse. John Cooke, MD, PhD, and chair of Cardiovascular Disease Research at Houston Methodist declared, “I think we now have a smoking gun.”

In June 2017, the medical journal Kidney International published a study which indicated that long term users of PPIs were at increased risk of Acute Kidney Injury (AKI) and chronic kidney disease (CKD).

Since 2010, the U.S. Food and Drug Administration (FDA) has increasingly required manufacturers to disclose warnings of possible side effects connected to use of PPIs.

At the federal level, there are currently over 2,000 cases, which due to similar questions of fact and law, have been consolidated into a Multi-District Litigation (MDL). The case, MDL 2789, Proton-Pump Inhibitor Products Liability Litigation, will hold a “Science Day” during the week of May 17 where presentations on the medical and scientific issues connected to PPIs which are likely to be heard during the litigation will be discussed. Settlements of these cases are still some time away, but the pre-trial discovery is continuing.

When PPIs were first introduced, they were prescription only, but were later introduced as OTC (no prescription needed) drugs. Unfortunately, little to no education or warning was given to users of this class of drugs to differentiate them from other heartburn treatments. Even though connections between PPI use and kidney side effects have been known since 2004, the manufacturers did not add warning labels addressing the potential kidney problems until the FDA required it in 2014.

Cases allege that the manufacturers withheld this information from patients and medical providers and in fact heavily marketed the drugs as safe to use in order to support sales of this popular product. Manufacturers have a responsibility to provide safe products to patients and can be liable for failure to warn users of potential dangers. If you have taken a PPI for a year or longer and have suffered kidney problems, call our firm today to discuss your potential case at (702) 444-4444.