Auto Accidents – What is No Fault Insurance?

State laws determine under what circumstances you can sue a negligent driver for damages. The traditional system prior to the 1970’s was a tort liability system under which a driver who suffers injuries from a car accident was able to sue the “at fault” driver for damages such as medical costs, lost wages, pain and suffering, etc.  In the 1970’s a new system, called No Fault Liability, was adopted by roughly half the states, which was promised to simplify claims, reduce insurance costs, and get benefits to insureds sooner. 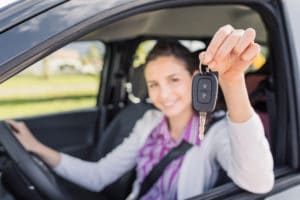 Under a No-Fault system your right to sue a negligent driver was severely limited and claims for medical costs and other damages was paid by your own insurance company regardless of who caused the accident, hence No Fault.  Unfortunately, rates for No-Fault Insurance plans skyrocketed due to the increased costs of medical care, and fraudulent claims.  In fact, Michigan, which has the most robust No Fault system in the country, also has the highest insurance rates in the country.

While roughly half the states opted for No-Fault plans during the 1970’s, due to increasing health costs, and rampant insurance fraud most of these states have moved back to a tort liability plan or a variation thereof.  Today only 12 states, and Puerto Rico continue to use straight No Fault plans.  Most of the western states are tort liability states, however, Utah and Kansas continue to maintain No Fault plans.

Most No Fault Insurance plans feature three components, Personal Injury Protection (PIP), Property Protection (PPI), and Residual Liability Insurance.  Each component of the plan carries its own coverages and limits.

Colorado allowed it’s No Fault laws to expire in 2003, replaced by a tort liability system.  By 2008, insurance premiums had reduced by 35 percent.  Other states have dropped No Fault and have seen similar reductions in premiums.  A few other No Fault states are considering dropping No Fault at this time.

What happens if I get into an accident in a No Fault state?

If you’re traveling and get into an accident in one of the No Fault states, typically your insurance from the state in which you reside will determine whether you have a right to sue, no matter where you’re driving as long as you were not At Fault.  However, it adds a level of complexity to the auto accident claim.  It is advisable under those circumstances to consult an attorney as soon after the accident as possible, to preserve your rights.

For drivers who cause accidents while driving in Nevada, California, Arizona, and Colorado, but who live in and insure their vehicles in No Fault states, can still be sued if they were the At Fault driver under the state’s tort liability laws in which the accident occurred.  You should consult an attorney in such cases.

No Fault liability was a system that initially promised to speed insurance claims, simplify the claims process, and reduce insurance premiums.  Those benefits were not fully realized, and many states have reverted to the traditional tort liability system such as those that exist in Nevada, Colorado, Arizona, and California.  Utah remains a No Fault state.  Our firm has specialists in all five states, who are knowledgeable and experienced in getting the most money for you when you get in a car accident.  If you’ve been in a car accident, call us today at 702-444-4444 or email us at [email protected]