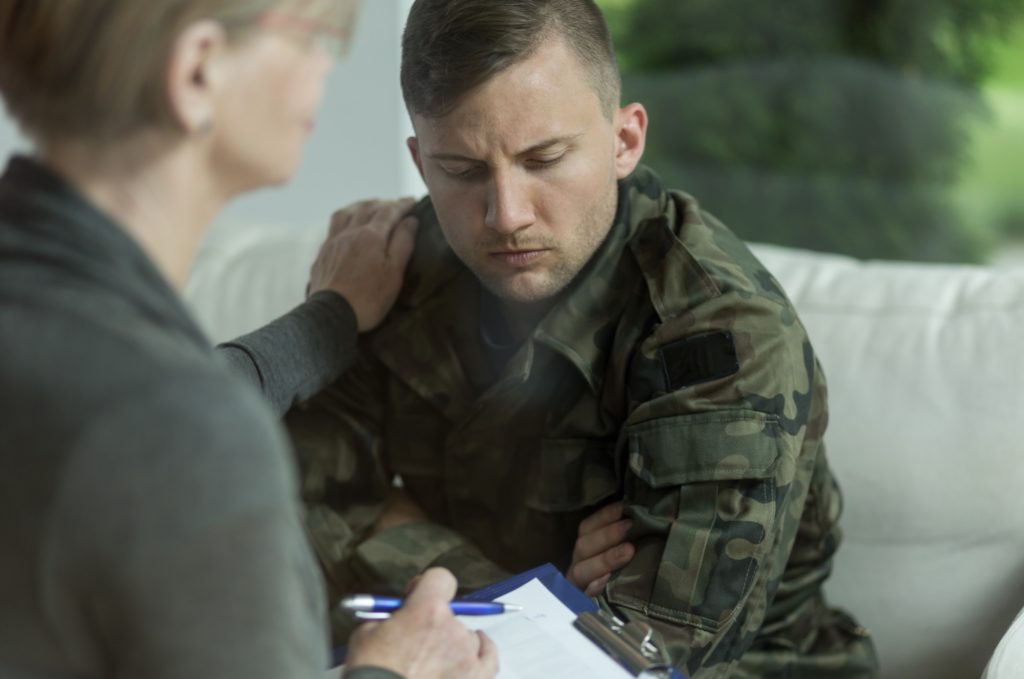 If you served in the U.S. military and saw combat operations between 2003 and 2015, you may have been issued Combat Arms™ Earplugs, Version 2 (CAEv2). These plugs are identifiable by having one dark olive end and one yellow end. The plugs were reversible and meant to be inserted into the ear canal. The dark ends of the plugs created near total sound blockage, while the yellow ends provided protection from combat sounds while still allowing users to hear voice commands.

Unfortunately, the devices were designed poorly and didn’t fit tightly into the ear canal, allowing loud noises to go past the earplug and into the ear drum. In fact, the design of the device prevented a snug fit in the ear canal. Many who used this product are now suffering from headaches, ear aches, hearing loss, and tinnitus—or ringing in the ear.

Aearo Technologies was awarded the contract by the U.S. Department of Defense (DoD) as the exclusive supplier of earplugs for military use in 2003. This contract continued until late 2015 when the product was discontinued. In 2008, 3M purchased Aearo Technologies and continued supplying the product with no change to design and little to no testing to determine the effectiveness of the device.

The device discloses a Noise Reduction Rating (NRR) of 22 when the olive end is inserted into the ear. However, this rating does not consider that the third flange of the device needed to be folded back in order for the device to seat correctly, and this instruction was never included with the device. Without folding the flange, the device would not seat and effectively block sounds according to its disclosed NRR rating.

3M/Aearo knew that the devices did not meet the disclosed standards and in July 2018 settled a case with the U.S. Department of Justice (DoJ) agreeing to pay $9.1 million to resolve allegations that it knowingly sold the duel-ended Combat Arms Earplugs, Version 2, to the U.S. military without disclosing defects that hampered effectiveness of the product.

On February 4, 2019, a veteran, Matthew Cote, filed the first product liability lawsuit against 3M/Aearo claiming that use of the product while in the military has left him with significant hearing loss and tinnitus. This is expected to be the first of thousands of cases associated with hearing loss and injury as a result of using the Combat Arms™ Earplugs, Version 2.

There are already many cases in the federal courts, and a request has been filed that the cases be consolidated into a Multi-District Litigation (MDL). This will allow unified pretrial discovery and motions to proceed, although cases may settle in their original jurisdictions.

If you were issued the Combat Arms™ Earplugs, Version 2, during your military service, the product was defective and did not block sound as stated. If you have been diagnosed with hearing loss or tinnitus (ringing in the ear), after using this product during your military service between 2003 and 2015, you may have a claim against 3M. The Richard Harris Personal Injury Law Firm would like to know more about your case and is interested in representing you. Call our office today to discuss your potential case at .