Jacuzzi Walk-In Bathtubs a “Death Trap” for the Elderly 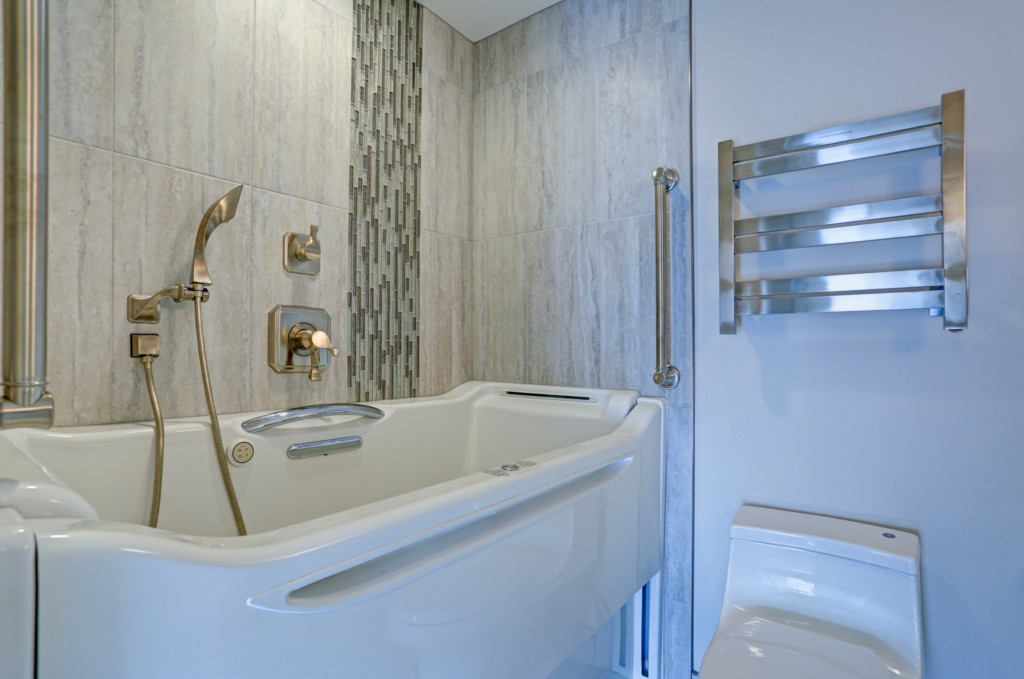 Walk-in bathtubs are specifically marketed towards the aging population, with promotional materials promising peace of mind and that the product has been engineered for safety and comfort. But what has been the real-life experience of users of this product? For Sherry Cunnison of Las Vegas and others, it was deadly.

The target market for these products are consumers who are elderly, overweight, or have other physical limitations. Marketing materials specifically state that the product is safely engineered to provide a luxurious and comfortable bathing experience. Older Americans have an increased risk of falling, but the product is designed in such a way that when a user falls or slides off the seat of the tub, they have limited to no ability to right themselves, nor to drain the tub. The door, which opens inwardly, is next to impossible to open, because the user is trapped in the space that the door opens into.

In a sworn deposition, Jacuzzi’s chief engineer admitted that no medical doctors, physical therapists, or occupational therapists were consulted in the design of the product. Furthermore, he states that the product is nothing more than “a bathtub with a door in it.”

Attorney Ben Cloward of the Richard Harris Personal Injury Law Firm represents the family of a victim who died while using the product and says, “I think its death trap.” Jacuzzi has responded to the lawsuit, saying, “Jacuzzi cannot control how people use or misuse its products.”

In 2014, Ms. Cunnison, 67, of Las Vegas, had a Jacuzzi brand walk-in tub installed at her residence. Within three weeks, she fell in while using the tub and was trapped in the small space in front of the seat. She could not pull herself up, drain the tub, or open the door, and she remained there for two to three days.

After several unanswered phone calls, a well check was performed, and she was found alive. She was then transported to the hospital where she later died. First responders had difficulty rescuing her from the tub and even broke her arm while pulling her out of the tub. Eventually, firefighters at the scene were only able to remove the inward opening door by use of a Sawzall.

Mack Smith, a retired sheriff’s deputy in his 60s, installed his Jacuzzi tub in 2013. While using the tub in 2016, he slid off the seat and landed on his back in the confined space at the bottom of the tub. His feet were extended into the air, with his body covering the drain and blocking the inward opening door to the tub.

His wife Barbara, who was home at the time, could not remove her husband from the tub, reach the drain, open the door, or remove enough water from the tub to prevent Mack from drowning. She called 911 and first responders transported Mack to the hospital, where he died of cardiac arrest due to drowning.

Anna Cullen had problems with her newly installed walk-in tub in 2011. The second time she used the tub after it was installed, she fell and became wedged in the tub. She attempted to pull the drain, but the chain attached to the drain plug broke since the drain was under her body. She remained there for 30 hours until her daughter found her unconscious in the tub.

Ms. Cullen survived, but was hospitalized for 4 days and remained in a nursing home for three months. She says the tub was the “lousiest $12,000 I ever put out.”

The Richard Harris Personal Injury Law Firm represents those who were injured or lost their lives due to the use of Jacuzzi and other defectively designed walk-in bathtubs. Manufacturers are required to design and market products that are safe to use and must warn of dangers that they knew or should have known existed with products that they sell. Most walk-in tub companies represent themselves as leaders in safety and comfort in their marketing materials and target their marketing to the older population or those with significant physical limitations. If you or a family member were injured or died due to the use of a walk-in bathtub, call our firm today to discuss your case at (702) 444-4444.