Zantac Recalled due to Cancer Risks

The heartburn medication Zantac has been recalled within the United States and in other countries worldwide, because its active ingredient Ranitidine, mixes with common 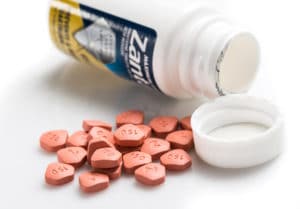 substances within the human body causing formation of high levels of the probable human carcinogen NDMA.  The recalls apply both to the over the counter (OTC) and prescription strength versions of the drug.

N-nitrosodimethylamine (NDMA) is a biproduct of industrial and natural chemical processes which has been shown to do nothing more than cause cancer.  NDMA was a chemical bi-product of making rocket fuel in the early part of the 20th century.  Its only current use today is to induce tumors in lab animals for research experiments.  Other than for that purpose, NDMA is no longer produced in the United States.

The U.S. Food and Drug Administration (FDA) has set a level of 96 nanograms (ng) per day as the highest permissible intake limit for NDMA.  Recent testing has found NDMA levels in the human body after digesting the ranitidine molecule in excess of 3,000,000 ng.  NDMA has been linked by the World Health Organization (WHO) to gastric or colorectal cancer in humans.

In 2018, the high blood pressure medications Valsartan, Losartan, and Irbesartan were recalled by the FDA due to unacceptable levels of NDMA.  NDMA was found to be present in some, not all Valsartan products at levels up to 20,190 ng per tablet.  This levels in those products were caused by an impurity in the manufacturing process, however NDMA is actually a bi-product of the ranitidine molecule during the digestion process.

NDMA is a poison and should not be found except in trace amounts within the human body.  Studies suggest that humans are especially sensitive to the carcinogenic effects of NDMA.

Due to findings of high NDMA levels after taking Zantac in several studies, in September 2018, a citizen group sent a petition to the FDA requesting that Zantac be recalled.  In October 2018 the FDA issued a recall to all manufacturers and distributors of Zantac to recall the product and initiate testing for high NDMA levels.  Since the recall, several retailers have removed Zantac from their shelves, including CVS, Walgreens, Walmart, and Kroger among others.

The FDA approved Zantac for distribution in 1983 in the U.S.  Two years previously, a study by Dr. Silvio de Flora of the University of Genoa, Italy, had been performed which preliminary concluded that ranitidine when exposed to human gastric fluid showed “toxic and mutagenic effects.”  In 1983, Dr. de Flora published the full findings of this study and confirmed his preliminary conclusion as to the formation of toxic bi-products of ranitidine in the body

Glaxo-Smith Kline (GSK), the inventors and manufacturers of Zantac in 1983, chose to minimize the study results and moved forward with introduction of the product, which shortly became a billion-dollar seller.  Zantac has been owned by several other pharmaceutical manufacturers since then, the most recent being Boehringer Ingelheim, and at no time during its distribution was a warning added to the product labels indicating potential cancer danger from taking the drug, in spite of repeated studies finding linkage between ranitidine ingestion and formation of NDMA within the human body.

December 2, 2019, a San Diego California man, named Gary Hart, filed suit against all current and previous owners of the Zantac brand since its inception, for causing his colon cancer.  The suit alleges that his cancer was caused from taking Zantac over an 8-year period.  He is suing the manufacturers of Zantac on the basis of the drug being defective, negligence, failure to warn of potential side effects of the drug, and breach of express and implied warranties.

At least 45 other lawsuits have been filed to date at the federal level, and it is expected that several thousand cases may be filed due to the long availability and widespread use of Zantac.  Plaintiffs have moved to consolidate all federal level cases into a Multi-District Litigation which will unify pre-trial discovery and motions under the direction of a single judge.

The Richard Harris Law Firm represents those injured by Zantac

Companies who manufacture and distribute drugs have a legal obligation to make sure the product is safe, and to warn medical providers and patients of potential side effects.  Companies who bring a defective product to market, and fail to warn of potentially dangerous side effects, especially when numerous independent studies confirm the dangers over the lifetime of the drug, are liable for both real and punitive damages.  If you have used Zantac, and have been diagnosed with colon, rectal, or gastric cancer, call our office today to discuss your potential case at (702) 444-4444.