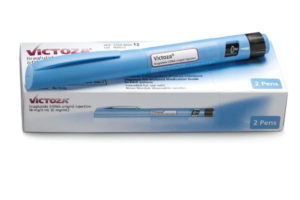 Similar in operation to Byetta and Januvia, Victoza (liraglutide) is part of a class of drugs known as Incretin Mimetics used for treatment of Type 2 (adult onset) diabetes. This product is manufactured by Novo Nordisk, a Danish pharmaceutical company. Victoza, among other drugs in this class such as Byetta, Januvia and Janumet, has been linked to inflammation of the pancreas, which creates conditions that can lead to deadly pancreatic cancer.

The U.S. Food and Drug Administration (FDA) approved Victoza in 2010. It is the largest revenue generator of any Novo Nordisk product, and has generated nearly $1 billion annually for the company. It is taken daily by injection with the use of a pen-like device.

While eating, the small intestine releases the hormone incretin, or GLP-1, into the bloodstream, which stimulates the release of insulin. Sufferers of Type 2 diabetes do not make enough naturally occurring incretin to trigger the insulin response. Incretin Mimetics seek to increase the incretin levels by mimicking the properties of naturally occurring in the body. However, the artificially increased incretin level created by incretin mimetic injections also increases the likelihood of other side effects, such as pancreatitis.

The FDA issued a Drug Safety Communication in March 2013 informing the public and the medical community that they were investigating unpublished reports of academic researchers that claimed Victoza and other incretin mimetics increased the risk of pancreatitis and cellular changes called pancreatic duct metaplasia.

Since the number of lawsuits for this and other incretin mimetics were high and increasing, all federal cases regarding these drugs were consolidated into a Multi-District Litigation (MDL). Under the MDL system, initial discovery and motions are handled by a single judge, which allows for consistency in discovery and pre-trial rulings between all federal courts in the U.S.

As of October 2015, 749 cases were pending in MDL 2452, the case designation for incretin mimetics products. We expect more cases to be filed and are currently evaluating potential cases to include in this pre-trial process.

If you or a family member were prescribed Victoza, or Byetta, Januvia, or Janumet, and later developed pancreatitis, or pancreatic cancer, The Richard Harris Law Firm would like to discuss your situation. We can evaluate your situation and provide the expertise necessary to help you obtain fair compensation for your claim. Call us today at (702) 444-4444.