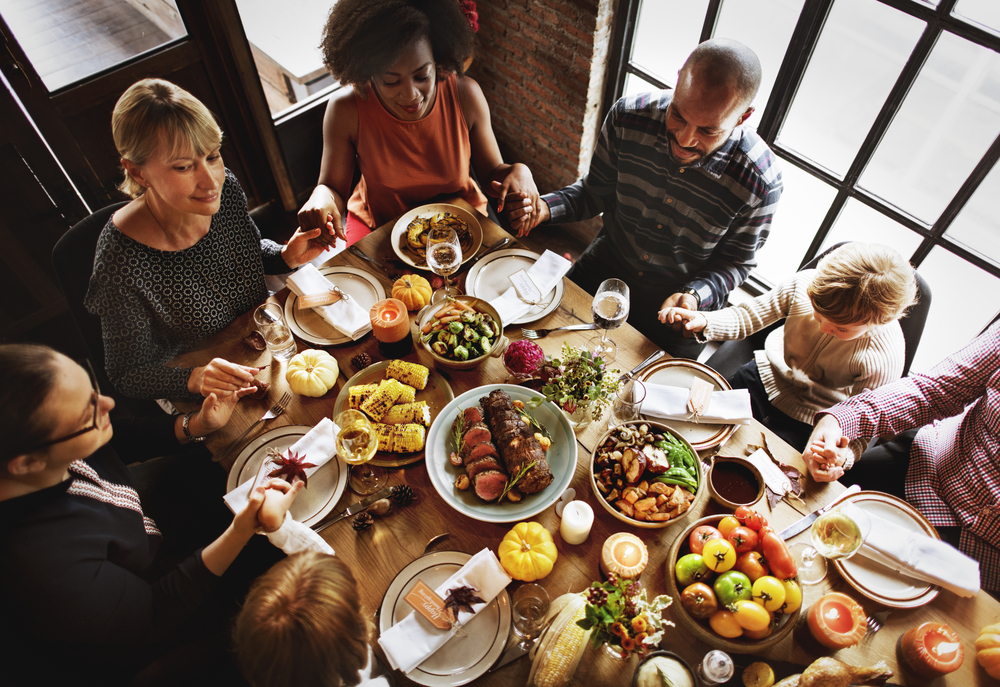 Each year on the fourth Thursday in November, we celebrate Thanksgiving with a feast of turkey, stuffing, pumpkin pie and other delicacies. We celebrate the day watching parades and football on TV, and eating copious amounts of food.

In modern usage, it’s unique as a holiday by becoming a two-day holiday, with “Black Friday” the day after Thanksgiving serving as the official beginning of the Christmas shopping season. Shoppers flock to retail stores to get in on discounts that aren’t available any other day of the year. But why do we celebrate this holiday and where did it come from?

We trace our current day Thanksgiving holiday to the Pilgrims, a protestant religious group from England, who had separated themselves from the Church of England, and came to the American continent in order to practice their religion outside of the established church structure. In their first year at Plymouth Plantation in current day Massachusetts, in 1620, many of the Pilgrim group died due to scarcity of food.

Through the assistance of the Wampanoag Indian tribe that made this region their home, the pilgrim settlers were taught to hunt, fish and grow corn, and in their second year, the harvest was plentiful. A thanksgiving was proclaimed for 1621 to celebrate the success of the harvest, which ensured the survival of the small group of settlers. It is unknown what the exact date of that thanksgiving feast was, however, it’s estimated between September 21 and November 11.

During the Revolutionary War, the Continental Congress declared a thanksgiving for November 23, 1782. George Washington declared November 26 to be a thanksgiving day in the year 1789, and proclaimed it again in 1795, but there was no annual Thanksgiving holiday as we know it today. Other Presidents and various state governments declared thanksgiving celebrations well into the 1800’s, however, these were established by proclamation rather than by the calendar.

It wasn’t until the latter half of the 19th Century during the Civil War that Abraham Lincoln proclaimed a national Thanksgiving Day to be celebrated the final Thursday in November in 1863. Since then, the national holiday has been celebrated annually. In 1939, Franklin Delano Roosevelt changed the holiday to the second to the last Thursday in the month. In 1941, the U.S. Congress passed a law making the fourth Thursday the national holiday. It has been recognized so since that time.

In keeping with the tradition of giving thanks at this time of the year, our firm would like to thank the many people who have helped build this firm, from humble beginnings in 1980, with one lawyer and a small staff, to the largest personal injury firm in Nevada. We thank our lawyers and our staff for their talent, their diligence, and hard work to provide the best possible outcomes for our clients.

And most of all, we thank our clients who have trusted our firm to handle their cases, and who have referred their friends to do the same. We are grateful to you for the faith you have placed in us, and we will continue to pursue your interests to obtain the best settlements possible.