On August 29, 2014, Shirley Boynton filed a lawsuit in the U.S. District Court for Eastern New York alleging that her use of Xarelto caused permanent and debilitating injuries.  She alleges that the manufacturer, Johnson & Johnson, Janssen Pharmaceutica subsidiary, provided inadequate warnings of the potential dangers of using the drug. 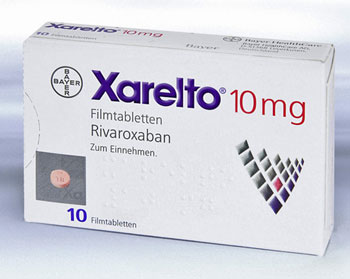 Xarelto (Rivaroxaban) is a recently approved drug for use as an anticoagulant, blood thinner, and this case is one more in a growing number of lawsuits against Janssen, J&J, and Bayer AG, that maintain that this medication is unreasonably dangerous.  (See our detailed discussion of Xarelto)

Ms. Boynton of California, alleges that she almost died after using Xarelto, due to uncontrolled hemorrhaging.  She began use of the drug in April 2012 and had a bleeding incident just 4 months later, in August 2012.  Her case alleges that she suffered permanent and lasting injuries, including life-threatening bleeding, and will require lifelong medical treatment as a result of her use of the drug.

This case also alleges that the manufacturers failed to properly test the drug before releasing it to the public and concealed knowledge of the drug’s defects from patients, medical providers, regulatory agencies, and the public at large.

Anticoagulants are prescribed for patients who experience Atrial Fibrillation, or AFib.  Anticoagulants are used to reduce the possibility of stroke and blood clots in such patients.  One of the earliest anticoagulants to be used was Coumadin, or warfarin.  It was effective but required monthly testing, and in many cases changes to diet to be most effective.

Warfarin also has side effects of bleeding, but the effects of the drug could be reversed through the use of Vitamin K.  The newer anticoagulant medications, such as Pradaxa and Xarelto, are a class of drugs known as direct thrombic inhibitors.  These drugs don’t require testing or dietary changes to be effective, but to date, there is no known reversal agent available to stop bleeding.