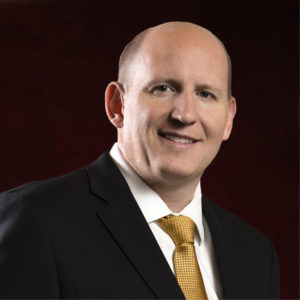 Back in 2013 we featured our associate attorney, Ben Cloward, in this newsletter and said he was a natural born trial lawyer. This year Ben rejoined the Richard Harris Law Firm as a partner.

Born and raised in rural Utah, Ben learned to hunt, fish and fight to survive. He proved to be a natural leader and earned the Eagle Scout award before graduating from Spanish Fork High School. Ben served a two-year church mission in Louisiana prior to graduating from the University of Utah in 2005 with a bachelor’s degree in finance and a law degree in 2008.

Ben is a Board Certified Personal Injury Specialist by the State Bar of Nevada. He is also admitted in his home state of Utah. He graduated from the Gerry Spence Trial Lawyer College and is a member of the American Board of Trial Advocates.

Following back-to-back jury verdicts of $15 million and $13 million, Ben was recognized as the Nevada Justice Association’s 2016-2017 Trial Lawyer of the Year, the youngest to receive the award. He was also named to the National Trial Lawyers list of “Top 40 Under 40,” reserved for the best young trial attorneys in the country.

Most recently, Ben Cloward successfully lobbied the Nevada legislature for passage of AB234 “Harvey’s Law,” requiring paratransit bus drivers to be trained in first aid. Harvey’s Law was inspired by Ben’s work with the Chernikoff family, whose mentally disabled son, Harvey, choked to death while riding a paratransit bus.

Ben loves people and loves to fight for those who can’t fight for themselves. When he’s not in the courtroom, he likes to be outdoors, hunting, fishing or long-range target shooting. Ben is a devoted husband, father and Boston Red Sox fan.