The collision occurred at approximately 6:00 p.m. on Thursday, August 13 when a vehicle overturned while off-roading in the area of Curry Street and Rhodes Street near the Nevada State Railroad Museum.

According to local law enforcement officials who responded to the call concerning the crash, three people sustained injuries in the wreck. None of them have been identified at this time.

One person was reportedly found unconscious inside the vehicle at the scene of the collision by emergency medical technicians. Two other injured victims were found outside the vehicle with injuries.

Local law enforcement officials have not currently released any information pertaining to the cause of the crash.

No further information is available at the present time, and no one involved in the crash has been identified.

An ongoing investigation into the circumstances of the crash will be carried out by local police. 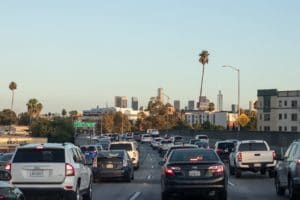 The drivers in Nevada are ranked as the nation’s most accident-prone and dangerous. This is probably due to the fact that more than half of Nevada traffic accidents are caused by driver negligence. 42% of the traffic accidents that take place in Las Vegas, the largest city in Nevada, involve intoxication of some kind. Being a Nevada driver means that statistically speaking, you are likely to be involved in a traffic collision approximately once every eight years. You are about 21% more likely to be involved and injured in a car crash than the drivers in any other state.