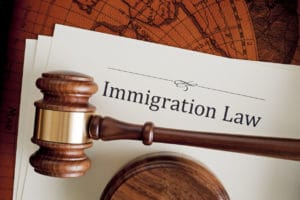 There are very few areas of the law more complex than U.S. immigration law.  As the decades have progressed a patchwork of archaic laws have developed, supplemented by executive orders from multiple presidents, with lack of action by the U.S. Congress to pass a comprehensive immigration plan that could win the support of both houses and the president at any given time, and court rulings which have supported or negated laws on the books.  It has left a complicated, ever changing, difficult to understand and administer set of rules for entry and residency within the United States.

Very little having to do with immigration is simple or easy to understand.  We will attempt in the next two articles to present some basic principles of immigration law and make some of its terminology easier to understand.

If you are currently dealing with problems concerning immigration into the United States for yourself or a family member, you may need a lawyer to assist with fulfilling the confusing and complex requirements of the current state of immigration law.  Call our office today to discuss your case.

If you have been detained by immigration authorities, received a notice to appear in Immigration Court, had your USCIS paperwork returned to you due to being incomplete or out of date, or have been a victim of immigration scams, we can help you with your immigration problems.  Our lawyers have over 30 years of experience helping immigrants get and maintain legal status.  We know this area of the law want to assist you in your desire to stay in the U.S. to work and enjoy all the benefits of living here.  Call our office today for a free evaluation at (702) 213-9779.