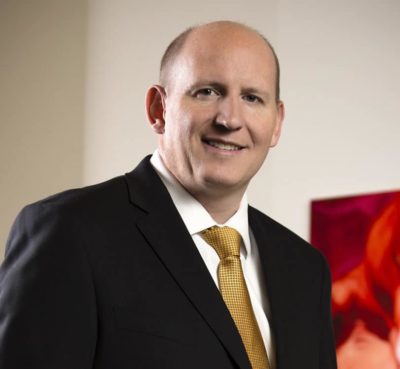 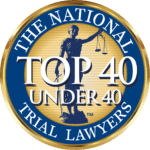 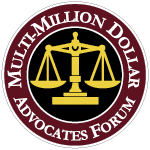 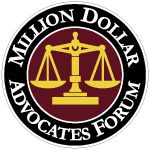 25 years
ofsuccessful masstort
In 2016, at the age of 37, Benjamin P. Cloward became the youngest lawyer in the history of the State of Nevada to be awarded the prestigious “Trial Lawyer of the Year” by the Nevada Justice Association. That same year, he became the youngest member of the Nevada, Las Vegas Chapter of ABOTA (American Board of Trial Advocates), and at the time was also the youngest person in the State of Nevada to be Board Certified as a Personal Injury Specialist. He has received many additional recognitions, including being AV-Rated by Martindale-Hubbell and receiving a perfect 10.0 by Avvo.com. He has been featured in several magazines in Nevada for his accomplishments and hard work.

Just recently, in February 2020, Ben obtained a $38 million jury verdict, which is believed to be the largest ever negligent security for wrongful death in the State of Nevada. Other verdicts Ben has obtained include a $15 million jury verdict in 2016 on behalf of a family whose disabled son, Harvey, was allowed to choke to death on a paratransit bus. That verdict was upheld in a unanimous decision after four years of contentious appellate litigation with the final judgment ballooning to over $20.5 million dollars. The defense in that case never formally offered a single penny. After obtaining the verdict, Ben continued working on the safety issue that led to Harvey’s death, and with the help of many other people, got “Harvey’s Law” passed in Nevada in 2017, which required certain training for all paratransit bus drivers to ensure others were protected. In 2016, Ben also obtained a $12.9 million jury verdict for a family whose life had been altered by a drunk driver who injured the mother and killed the daughter. He also obtained a $10 million settlement for a client who was significantly injured from a fall which resulted in a moderate brain injury. Ben has obtained multiple soft-tissue, low visible property damage jury verdicts including a $2.98 million jury verdict in 2018, a $1,075,000 verdict in 2014, and several 6 figure verdicts. In addition to obtaining significant jury verdicts, Ben has also been involved in settling over thirty cases for values ranging from $1 million to $10 million as noted above.

Ben successfully argued the Khoury v. Seastrand, 133 Nev. Adv. Op. 52 (July 28, 2016) case which was a huge victory for all injured Nevadans because it rejected the Howell doctrine, which allows negligent people who caused harm to get a discount when they hit responsible citizens who carried personal health insurance.

Ben is a graduate of the famed Gerry Spence Trial Lawyer’s College and believes as does Gerry that “It all begins with you . . .” Ben served on the board for a nonprofit company called the Loa Fund, which focuses on providing financial assistance to those who struggle with addiction to receive help through wilderness therapy and other addiction recovery programs. Ben believes that you can never truly understand another human until you have walked a mile in their shoes and that everyone should be given the benefit of the doubt and a chance to prove themselves. Ben was raised in Salem, Utah. As a young boy, Ben earned his Eagle Scout Award and after graduation from high school, he served a two-year mission for the Church of Jesus Christ of Latter-Day Saints in Louisiana.

Ben attended the University of Utah and graduated in 2005 with a bachelor’s degree in finance. He began law school at the University of Tulsa, College of Law. After his first year, Ben transferred to the University of Utah, S.J. Quinney College of Law, where he graduated in 2008. While in law school, Ben received the Outstanding Achievement Award for Teaching Law in the High School, the CALI Excellence for the Future Award for Property, and was on the Dean’s List. He also served as the President of the J. Reuben Clark Law Society and as a Judicial Intern for the then-State Court Presiding Judge, Gregory K. Frizzell, who is now a Judge for the United States District Court for the Northern District of Oklahoma. He also participated as a Note and Comment Editor for the Journal of Land, Resources, and Environment Law, where his Comment, Why has State v. Hutchinson Been Ignored? An Analysis of Why Utah Cities Lack Authority to Exact Water, 28 J. LAND RESOURCES & ENVTL. L. 433, was selected for publication.

Ben’s interests outside of work include spending time with his wife and two beautiful daughters. He also enjoys mule deer archery hunting, bass-fishing, camping, and watching the Boston Red Sox. He is active in his church and currently serves as a Stake High Councilor. He believes our highest calling in life is to help others come unto Christ.